A little cellphone photo tour of a detour down High Marsh Road on my return from New Brunswick last weekend.

Those transmission lines are visible below across a wet spring dykeland, heading toward the Sprott wind farm near Amherst, just visible on the horizon.

Looking back toward Sackville, past haybales on dykeland, we can see a new piece of utilitarian infrastructure, the 14-storey berry freezer that I hear is locally called ‘the cube’.

Finally leaving High Marsh Road and climbing up to Point de Bute there is an amazing look-off down toward dykelands and an old hay barn, one of many that once dotted this landscape when horsepower was king.

The Tantramar/Chignecto landscape is clearly a practical, working landscape, where new uses are layered when needed. But it is also a beautiful one. 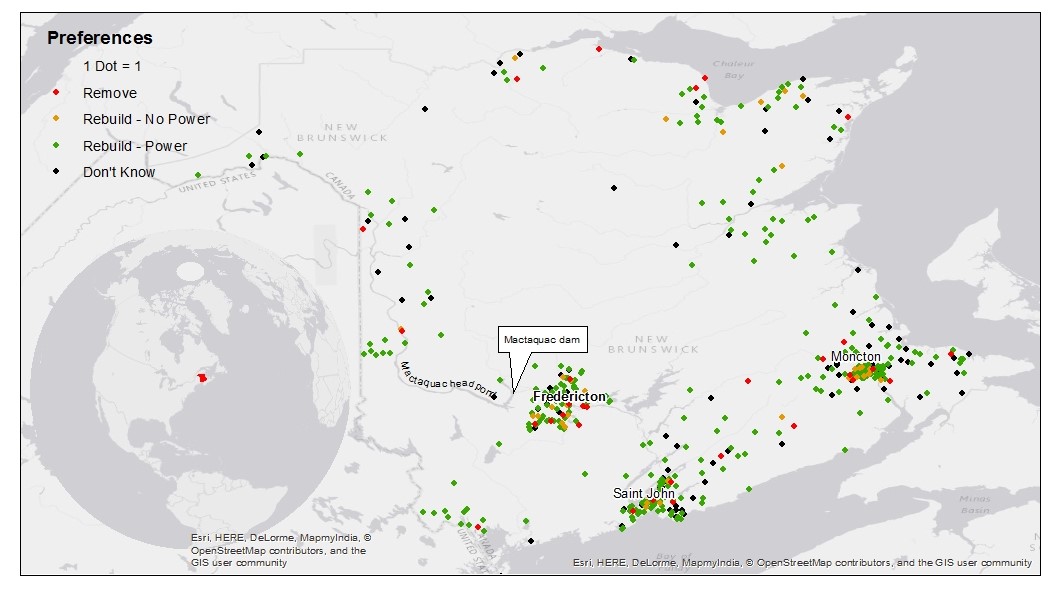 A balm to my sketchy mood on this unsettled Friday is Arcade Fire’s new anthem of consumerism, Everything Now. Besides its irresistible groove, the video is a showcase of energy landscapes and other used up utilitarian infrastructure, and the lyrics skewer the attitudes that propagate our footprint:

The only way it could be more perfect for my research program would be if there were some livestock trundling through that rangeland. Happy weekend, everyone. 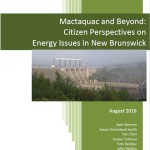 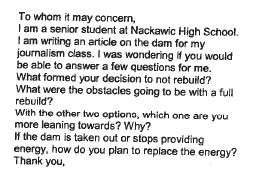 Early arrivals at the Friday ISSRM BBQ beside Lake Superior marvel at what seems like the end of the world.

I have been back from ISSRM for a week, but haven’t had time to reflect on the final day of the conference, or the day of energy team meetings that followed. The second day concluded with a great beachside picnic on Lake Superior, on one of that lake’s few very still days. The horizon was just a haze, without even the typical mirage of something beyond. I enjoyed numerous pasties (in honour of the Cornish miners who settled the copper-rich area), some frisbee with Jim Robson, new appointment at USask, and great covers by scholar Paul van Auken’s band up from Oshkosh, WI.

Saturday at ISSRM began with a keynote by Riley Dunlap on climate change denial, after which I enjoyed a diverse session on risks and hazards. At lunch a dramatic storm rolled in, keeping me from Allan Curtis‘ session on farmer identity, though I did make (damply) the rest of his well-chaired session on agricultural adoption and transitions. The final session I attended featured Dylan Bugden‘s new thinking about power and justice in energy siting, which developed into a great discussion, though I had to miss Tom Beckley’s follow-up on the NB citizen jury as a result. 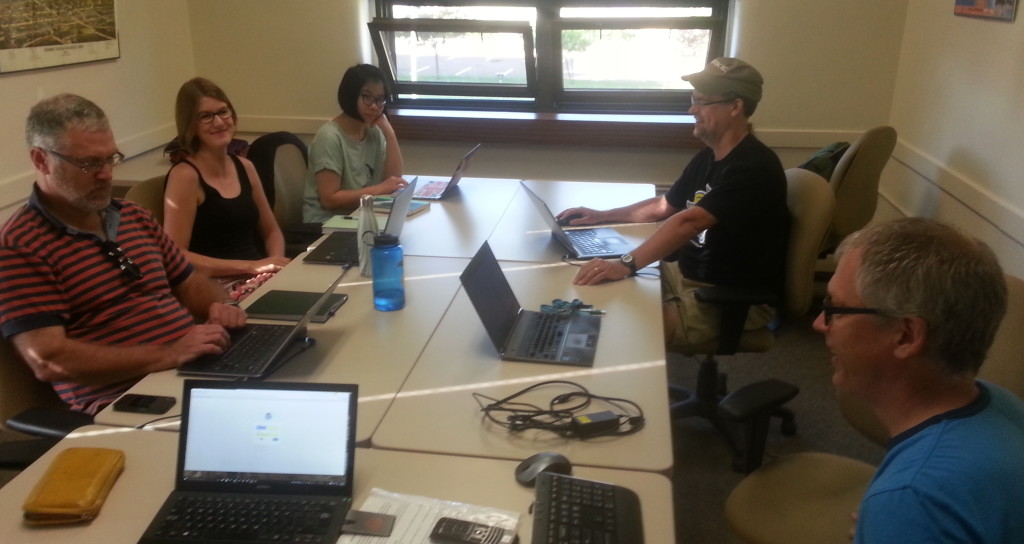 The energy team meeting at Michigan Tech, with two on speakerphone.

Sunday the energy group met for breakfast at local Finnish diner Suomi for some of the local speciality, pannekakku (a custardy pancake) and some more ‘distinctive’ Michigan table service. Then back to Michigan Tech and various spots for meetings and meals, as well as attempting to remedy my then dramatic caffeine deficiency (so sad I discovered 5th and Elm so late in the trip!), culminating in a nice pizza meal at the Ambassador. The shuttle came early, which was good since I discovered upon getting to the airport that my return ticket had been mysteriously cancelled. They found me a route home, though longer than planned, but I was glad to take it. 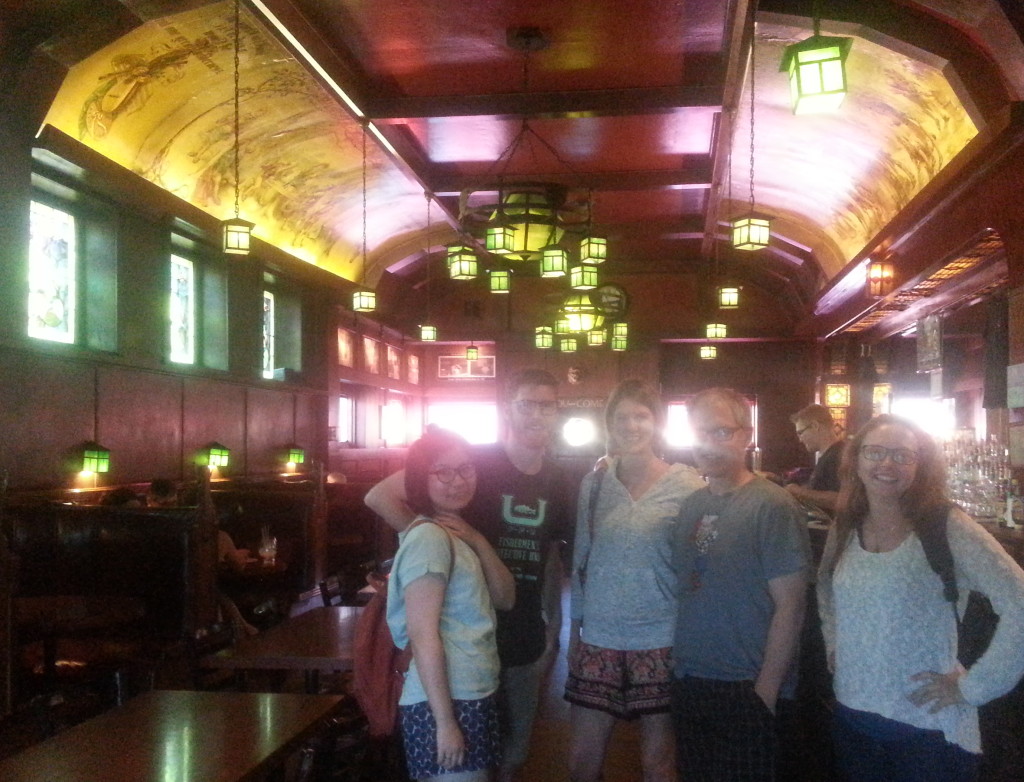 Dalhousie plus one: Yan, Simon, Taylor, John and Kate at the Ambassador, Houghton, MI.