Esa Fahlen at an actual dam removal in Sweden as part of a Dam Removal Europe Webinar, Canada Day, 2020.

An interesting way to spend Canada Day morning is tuning into a Dam Removal webinar for practitioners from Dam Removal Europe. The real draw for me was the fact that they are crossing regularly to a live dam removal happening on the Marieberg Power Plant in the Mörrumsån river, Sweden. The removal is a collaboration with a power company, Uniper. Great panelists from the UK, France, US, Sweden as well as from the US where there is such a long history of dam removal. Good to see some discussion of sometimes contrasting cultural values as well as generous sharing of errors that advocates have learned along the way.

ESRI Canada ‘App of the Month’ 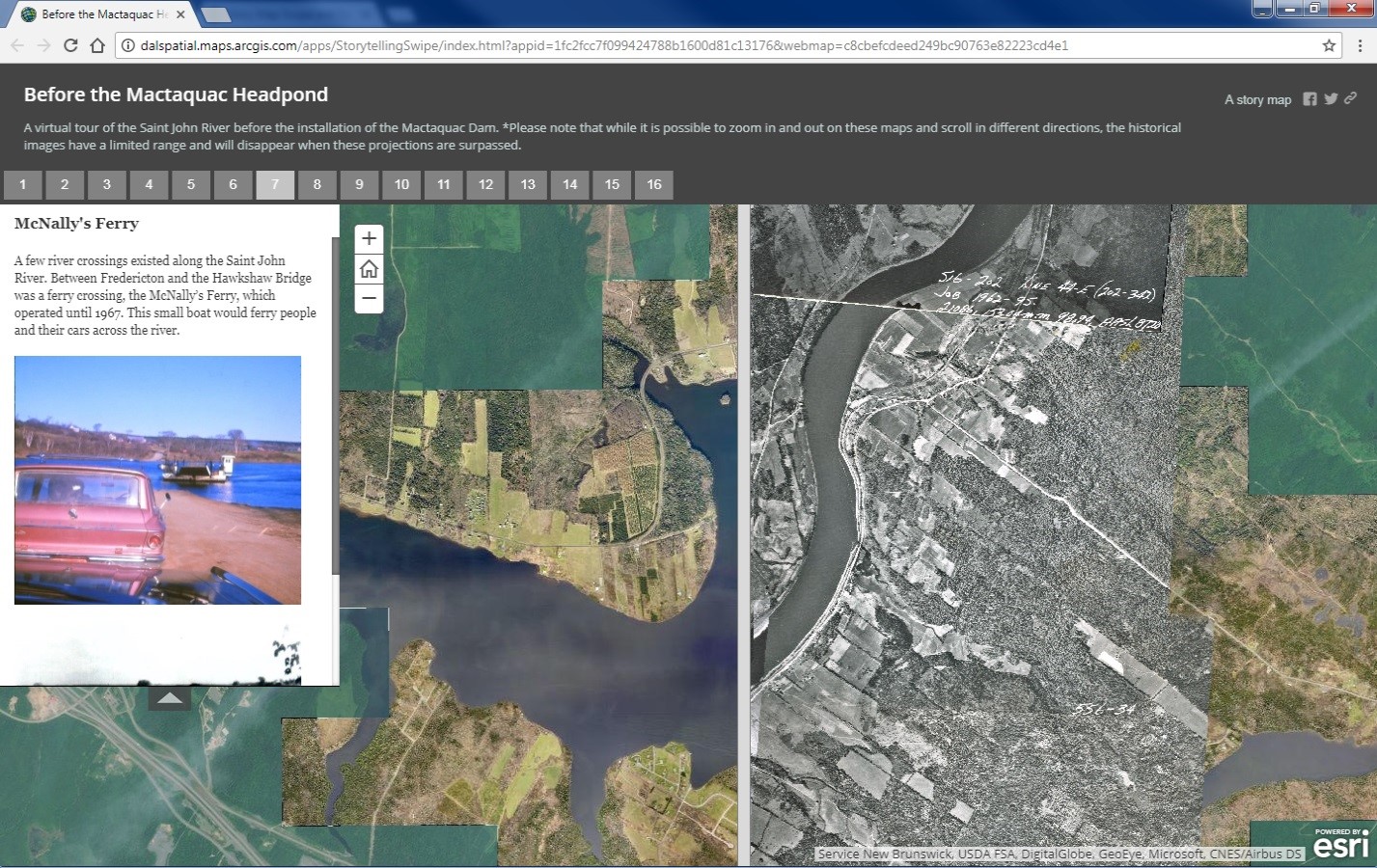 Congratulations to MREM alum Larissa Holman, for news that our Before the Mactaquac Dam storymap was selected as ESRI Canada’s App of the Month for October (French version here).  Larissa worked with me back in 2015 supported by Energy Transitions (Parkins PI) SSHRC funding.  Larissa is now working with Ottawa Riverkeepers, and reports that her job:

… is a nice mix of keeping on top of projects, investigation work when someone reports pollution or odd activity on the river, working with some really wonderful and knowledgeable volunteers and the occasional canoe trip or boat ride out on the river.

A great alum story for a lovely fall day.

The Mactaquac Dam spillway, New Brunswick, on a foggy morning.

NB Power’s preferred Mactaquac Dam decision was handed down near Fredericton this morning. That decision is the late entrant among the options: to prolong the life of the dam as close to its original 100-year life as possible through maintenance and replacement in situ. Discussed today as the cheapest of the four options ($2.9 to $3.6 billion), the project has been given the oddly Soviet title of the Mactaquac Life Achievement Project. A new web experience awaits the curious who visit mactaquac.ca today, including backgrounders such as a paltry two-pager on First Nations engagement, the first output we have seen from that consultation other than this under-the-radar announcement via the NB Media Co-op. Kingsclear First Nation, whose land is a long sliver pointing directly at the dam, is deeply disappointed. Improvement is planned in multi-species fish passage, though not to the satisfaction of WWF, but the problem of inadequate upstream flow will still challenge any fish that survive the trip. No new river crossing for vehicles will be required, as the dam wall will continue to serve as a bridge. Many upriver locals will be pleased at this outcome, though expect frustration to be voiced at the the stress and disruption of the debate given such a status quo result. Let’s watch the budget evolve, and do it all again in a few decades. There is unlikely to be much money available to invest in renewables until then.