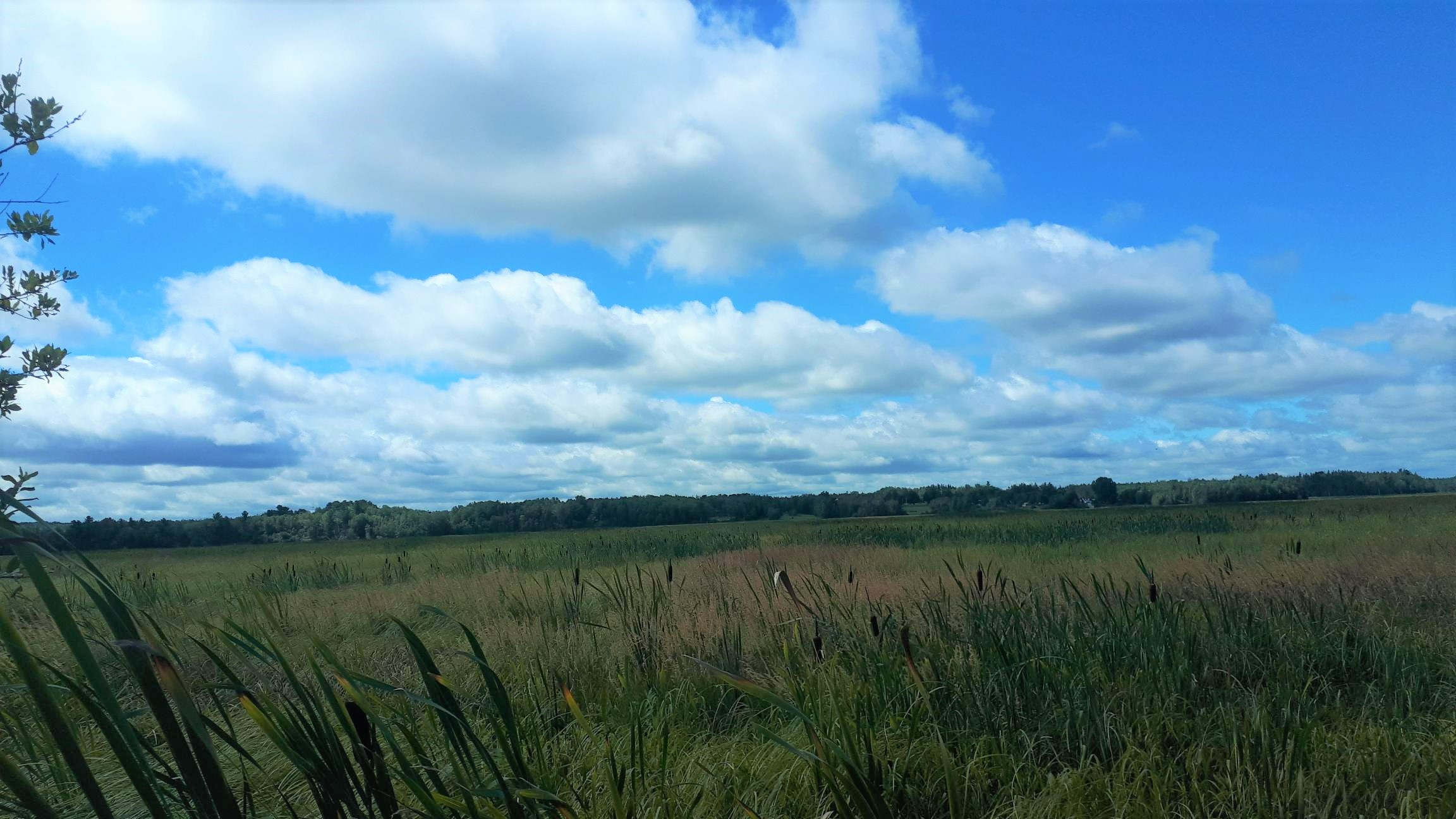 Wetland meadows hide the river view on the riverside trail along the Petitcodiac at Dieppe, near Moncton, NB.

I had a forced stay in Moncton last week. I do hate to say it that way, but for some reason I’ve never spent any real time in Moncton despite growing up in NB, beyond volleyball tournaments back in high school. This time it was for the hospital, not for me but for a family member, for whom I was also isolating so avoiding indoor locations. I made two notable discoveries. First, the delightful extended trails along the Petitcodiac River. The tidal river that divides Moncton and Riverview winds amidst extensive wetlands that were covered with a tapestry of plants, and a riverside trail allows you to walk or bike quite far along it. 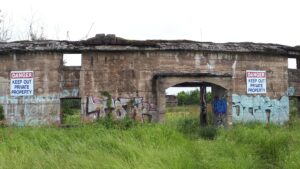 A section of the derelict rink lingering in backyards in Sunny Brae, NB

Second, and more surprising, was the derelict building I found. I’ve been to an engine roundhouse before, at Junee: it is basically a big circular building to store and switch out train engines. So when I peered between two residential buildings and saw a massive curved wall, roundhouse was the first thing I thought. But it seemed impossible that such a place would persist in suburban backyards. Google Maps confirmed the shape (see below): a perfect circle, with a few big doors, perhaps to allow the engines in and out. The final hint was the adjacent railway and CN Pensioner’s Center. Yet if you click on it in Google Maps, it is labelled as the “Sunny Brae Rink (temporarily closed)”, which is remarkably the case. As you can see to the right, the closure is anything but temporary, however. I am achingly jealous of the kids who get to grow up with this crumbling Coliseum in their backyards. I had to make do with playing in the foundations of old potato barns along the Mactaquac headpond when I was a kid, though this is likely the best way to visit the rink. Thanks to the burghers of Moncton for letting this fall apart in situ since its 1922-1928 period of activity. 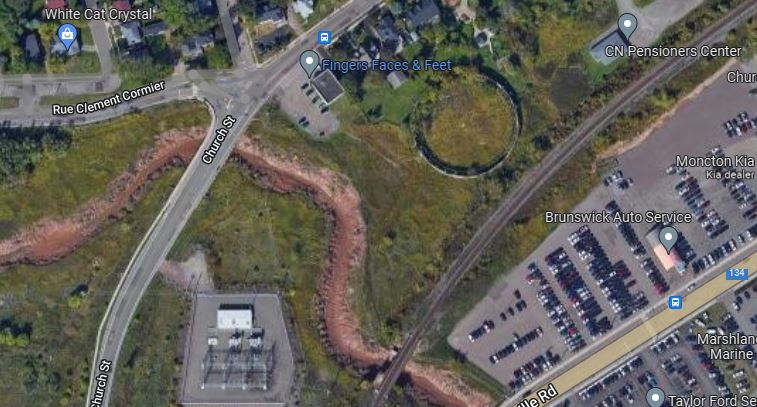 The derelict roundhouse is clearly visible on Google Maps, adjacent the railway and the CN Pensioner’s Center. 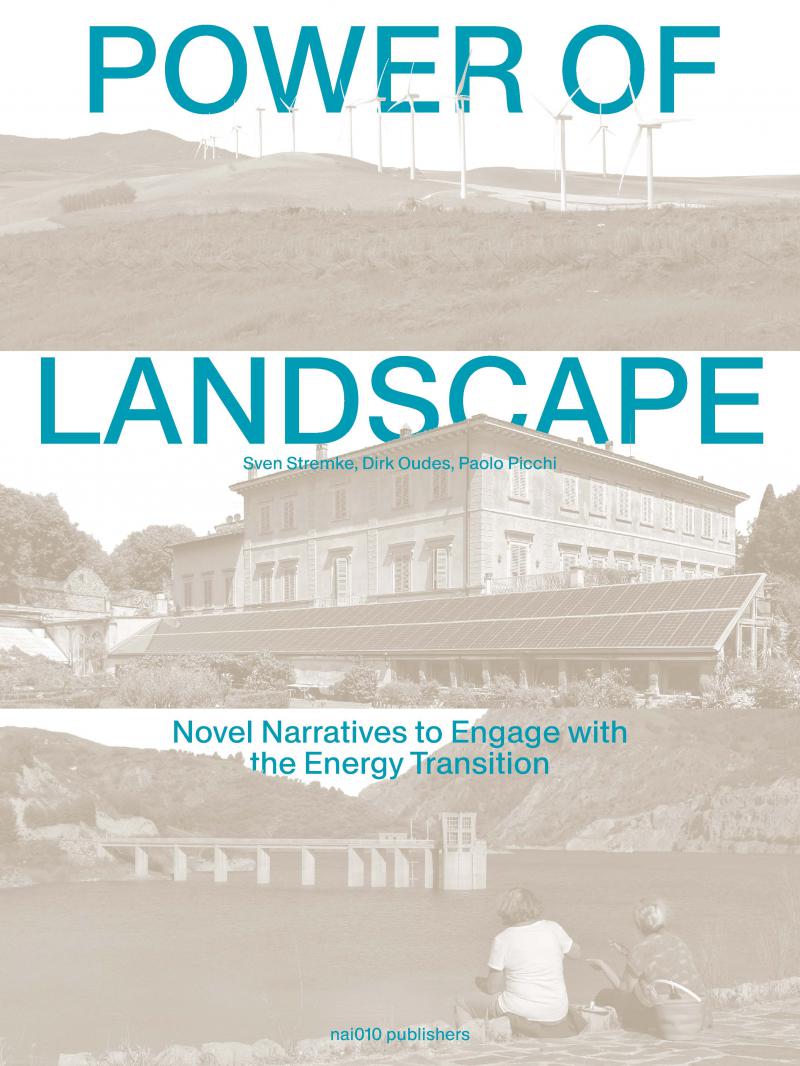 Just in time for Christmas, I see that the new book by Oudes, Stremke and Picchi to which I contributed an essay is now available to order. It will be a beautiful offering: the Europeans generally do books beautifully, but particularly so here thanks to the architects leading the project and their attention to visual detail. Edge to edge photos, maps and essays from some of the most interesting folks in Energy thinking. I am delighted to be involved and looking forward to my copy landing in October. My essay reflects on some of my early work on climax thinking and what it means for progress in energy transitions, with a few accompanying photos from case study locations in New Brunswick (the Mactaquac dam headpond) and Nova Scotia (the Tantramar outside Amherst). 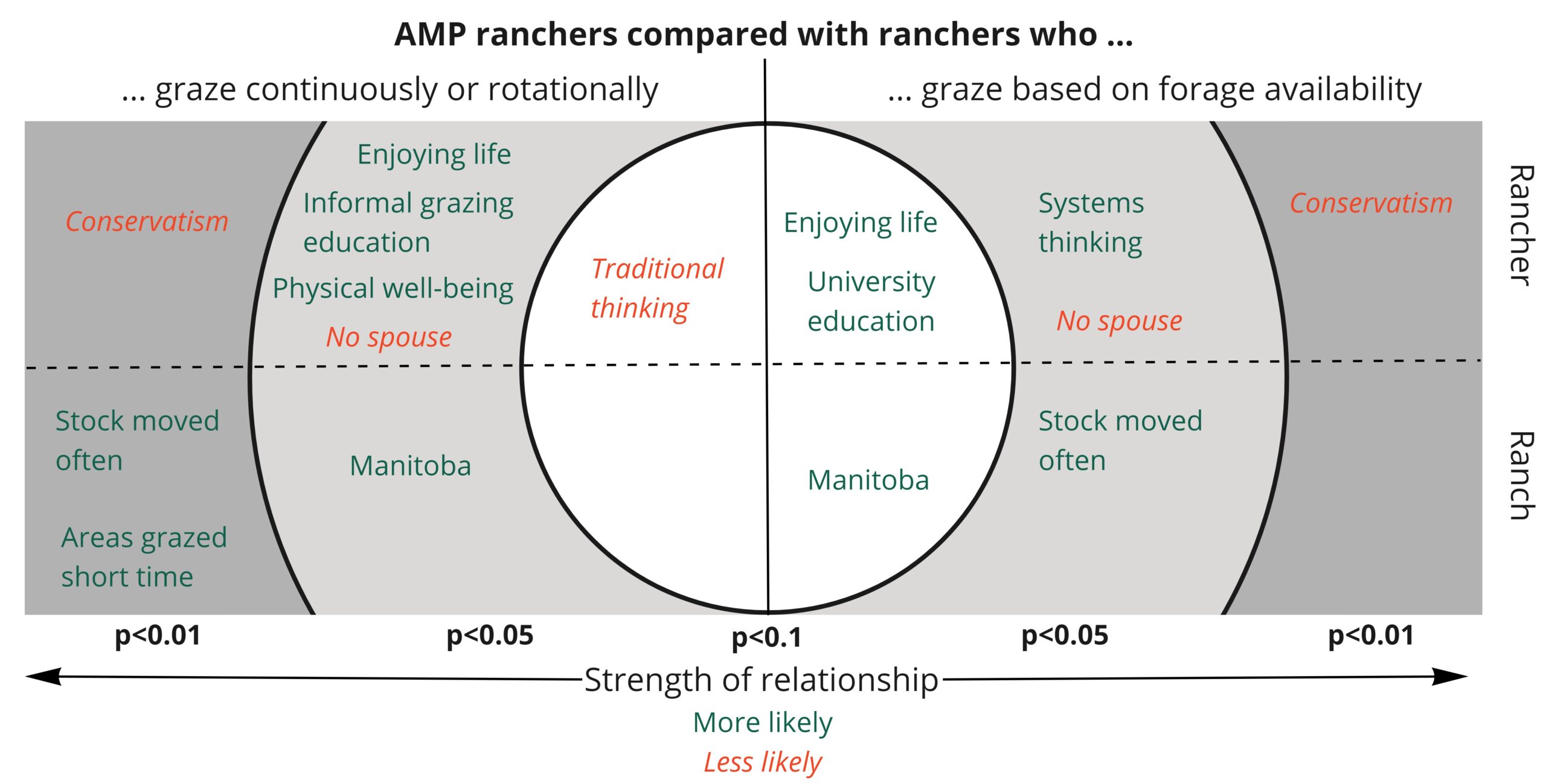 In the heady days of February 2020, before Covid landed in Halifax, I launched a panel-based survey of Canadian ranchers about adaptive/AMP grazing and well-being to wind up my SSHRC Insight Grant. The first paper out of that work is finally out in Agroecology and Sustainable Food Systems, Adaptive multi-paddock grazing and wellbeing: uptake, management practices and mindset among Canadian beef producers. One of the big surprises was the reported uptake, at 29% of the beef producer population, suggesting potential for a tipping point which may have something to do with the sudden increase in interest in regenerative approaches. Grazing regimes were distinct, as anticipated. The only type of well-being that was statistically associated with adaptive/AMP ranchers was higher physical well-being, but the other well-being scores also tell interesting stories. Insights from smaller-n studies that we tested here didn’t always hold up, for instance, neither being female, having a spouse who is a grazing partner nor belief in climate change were statistically related to grazing AMP.  Systems thinking and traditional thinking were both related just how you would expect, and it was nice to see the statements that Carolyn Mann developed for her Q-method work with ranchers turned into such useful scales for each of those.