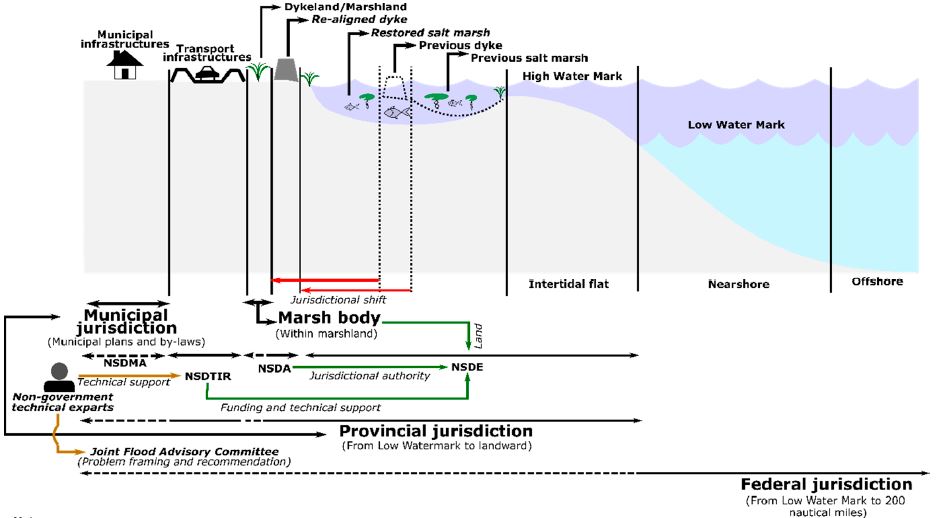 Congratulations to Tuihedur for his first paper from the postdoctoral fellowship that sees him working across Dalhousie and Saint Mary’s, out today open access in Sustainability. He used his knowledge of the institutional literature to ground our existing case study of the North Onslow dyke realignment and salt marsh restoration project–first written as the Canadian chapter in an OECD report Responding to Rising Seas–and analyzed it through the lens of institutional entrepreneurship. This involved synthesizing the characteristics of such entrepreneurs from the literature, mapping the existing jurisdictional responsibilities around coastal management in Nova Scotia, and demonstrating how those responsibilities were leveraged in the flood-prone Truro area. Even in the absence of coastal protection legislation, three government departments were able to collaborate to create a new ‘way of doing things’ that served their own objectives with coastal adaptation and flood mitigation as a happy by-product.

In the Reeds podcast

Excited that my episode has been released of the In the Reeds podcast, run by Ducks Unlimited Canada (DUC). In this ~45 minute podcast I talk about the unique setting of the Bay of Fundy Dykelands, the challenges they face with sea level rise, and how we can work together to negotiate a shared future for them. I dig a little into climax thinking and its application in that task. Proud to be a part of DUC’s sea level rise campaign.

Table 2 from the proof version of our leverage points paper.

This week another paper is out in Journal of Rural Studies from my lab, this time a paper led by former postdoc Wes Tourangeau based on my 2016 sabbatical field work in the Falklands. We used the re-emergent Leverage Points framework, originally developed by Donella Meadows, to analyze the management strategies used by Falkland wool producers in the face of a drying climate. Up until the 1980s the landscape was divided into massive properties, run largely ranch-style by locals for overseas owners. With post-war land reforms, properties were broken into largely family-sized units, and here the practices began to diverge. We’ve mapped those various strategies  along the leverage points framework. All the strategies have some leverage, but the Holistic Management practitioners are working much ‘deeper’ with their systems thinking and goal setting. The paper uses many quotes to illustrate how these play out in practice and affect the day-to-day and longer term. 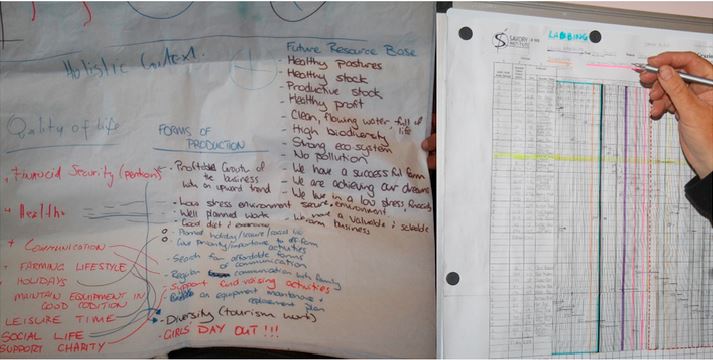 Sample worksheets for holistic planning and monitoring used by one Falkland farm.

Krysta in St. John’s with OFI 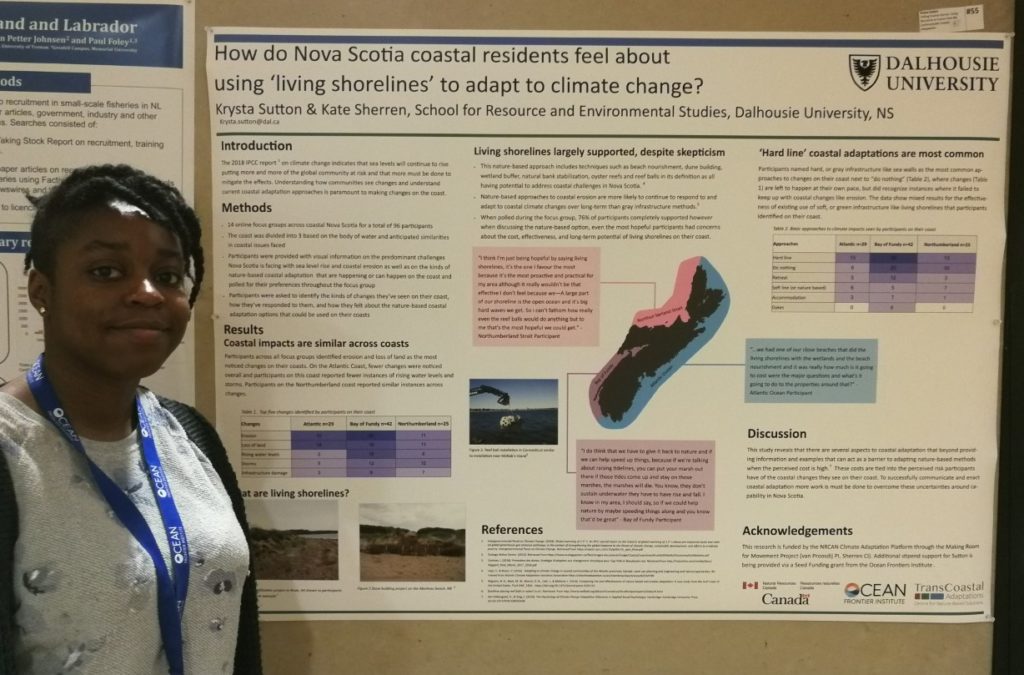 Krysta Sutton presented some early work at the OFI network meeting in St. John’s this week.

The Ocean Frontier Institute has provided seed funding to Krysta Sutton to support the second year of her research on the otherwise NRCan-funded Making Room for Movement project led from SMU. She traveled to St. John’s this week for their network meeting to present early results from her qualitative analysis of this summer’s online focus groups with coastal residents of Nova Scotia. Some of those findings can be read from the headings on the poster: climate impacts residents see are (surprisingly) similar across coasts, most of the responses to those impacts that are seen are ‘hard line’ (e.g. seawalls), and they support the idea of ‘living shorelines’ approaches such as restoring tidal marshes, or planting up eroding coasts, but are a bit skeptical of their effectiveness.

Are we taking farmers seriously?

Discourse about ‘farmer’s perceptions’ by region – Figure 1 of ‘Are we taking farmers seriously?’, Soubry et al. in press.

Short answer: No. The first paper is out from Bernard Soubry’s Oxford PhD (which I’m co-supervising), and it is a systematic literature review in Journal of Rural Studies of research on farmer perceptions of climate change, 2007-2018. Very interesting patterns emerged from the 105 papers reviewed, including that the work is dominated by those seeking to ‘test’ farmer perceptions of climate change, rather than leverage them, and that the work is largely done in the Global South. Bernard describes this work as largely seeing farmers as ‘vulnerable’ or ‘verifiable’ rather than viably adapting, and tracks some of the colonial undertones at play. Congratulations, Bernard.