Mr. Soubry goes to Senate (screen snap from CPAC) – Bernard is the happy one.

Amidst lots of marking, which often displeases one if not both people involved, happy to get news Friday of New PhD student Bernard Soubry’s recent appearance at Senate. Bernard skyped from Ottawa to update me on the dissemination in policy circles of research findings from his Masters, which included giving evidence to the Senate Committee on Agriculture and Forestry (televised by CPAC here, forward to hour two; transcript here). Great to have such a skilled political player on the team. Looking forward to having him back in the Maritimes this winter, conducting new interviews for his Oxford PhD which again engages with  small-scale Maritime farmers and climate change. 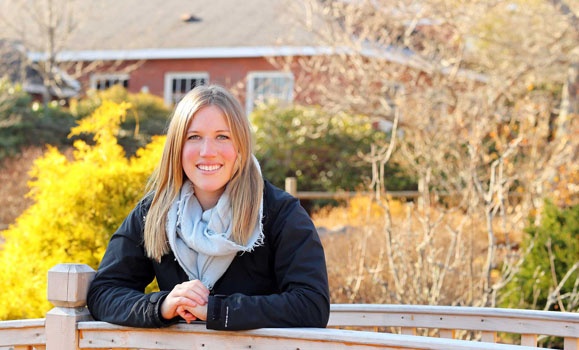 Seonaid MacDonell, recent MREM graduate, as featured in a recent issue of DalNews.

Excited today to see this DalNews profile on Seonaid MacDonell. I was Seonaid’s MREM advisor during her summer working with the Nova Scotia Department of Agriculture, and supervised her fall project. During the fall she did a systematic literature review of an issue that has been interesting me since my trip to Alberta last spring.  Most research assumes that farmers are more likely to adopt a new practice if their neighbours do. This assumes that if a farmer looks over the fenceline and sees something better, they’ll be moved to do the same. But this ignores lots of the interpersonal stuff that happens over a fenceline, and has happened over years. Great to have Seonaid confirm that this is a research gap.

BioLOG and WTS at NSFA AGM

Simon Greenland-Smith is representing the lab and Wood Turtle Strides today at the AGM for the Nova Scotia Federation of Agriculture. Great to see this new banner for BioLOG in place at the trade show component, thanks to our collaborators at the Nova Scotia Department of Natural Resources. Love the boots! The DNR’s gorgeous new Field Guide to Forest Biodiversity Stewardship are also available for pick-up.