Sky over Goose Green, enroute to the workboat, November, 2016.

When Alexandra Harris describes, in Weatherland, the slow introduction of real skies in English paintings, leading up to the cloud obsession of Constable in 1821-22, I cannot help but think of the Falkland Islands. My first trip I spent looking at the landscape, at large scales and small. This time, I was captivated by skies. As any visitor to the prairies knows, a lack of trees makes for big skies. But nothing is quite like the skies of the Falklands. No filters needed, or photographic skill. (It was hard to choose road trip music to suit such majesty, but I settled on London Grammar’s 2013 If You Wait.) The experience begged the question of where ‘landscape’ – my chosen research topic – ends: these skies are likely as fundamental to local identity as terrestrial (or marine) properties. A small sample of my pictures follows, in which land plays a very minor role indeed.

Epic skies over burnt farmland in the north of West Falkland, November, 2016.

Entering Port Howard at dusk, the view from the Concordia Bay workboat.

Sunset over Stanley Harbour, East Falkland, November 2016, with the wreck of the Jhelum (1870) to the right.

All kinds of weather brewing at Cape Pembroke, near Stanley, East Falkland, November 2016. 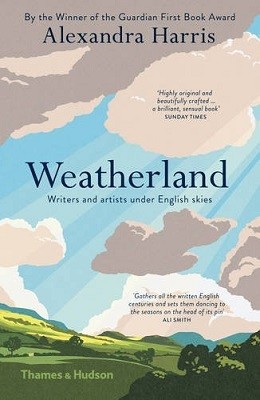 The Mactaquac Dam spillway, New Brunswick, on a foggy morning.

NB Power’s preferred Mactaquac Dam decision was handed down near Fredericton this morning. That decision is the late entrant among the options: to prolong the life of the dam as close to its original 100-year life as possible through maintenance and replacement in situ. Discussed today as the cheapest of the four options ($2.9 to $3.6 billion), the project has been given the oddly Soviet title of the Mactaquac Life Achievement Project. A new web experience awaits the curious who visit mactaquac.ca today, including backgrounders such as a paltry two-pager on First Nations engagement, the first output we have seen from that consultation other than this under-the-radar announcement via the NB Media Co-op. Kingsclear First Nation, whose land is a long sliver pointing directly at the dam, is deeply disappointed. Improvement is planned in multi-species fish passage, though not to the satisfaction of WWF, but the problem of inadequate upstream flow will still challenge any fish that survive the trip. No new river crossing for vehicles will be required, as the dam wall will continue to serve as a bridge. Many upriver locals will be pleased at this outcome, though expect frustration to be voiced at the the stress and disruption of the debate given such a status quo result. Let’s watch the budget evolve, and do it all again in a few decades. There is unlikely to be much money available to invest in renewables until then.

A candid chat with Ambassador Hockey

A quick note to thank Australian Ambassador to the US Joe Hockey for the candid discussion yesterday about grazing policy. I was following up on the source of a single initiative in the 2015 Australian budget, Mr. Hockey’s last as the Treasurer of Australia. In announcing the opportunity for accelerated depreciation for farmers to install fencing and water infrastructure, Mr. Hockey asserted their value for cell grazing, which is “far more productive and is actually better for the environment”. In discussion yesterday, Ambassador Hockey linked his statement, indeed the initiative, to his own experiences as then-owner of a grazing property in the Atherton Tablelands of Queensland. I am grateful to the Ambassador for his willingness to reveal the inner workings of policy.

A diversity of scholars hard at work at Carleton on issues of sustainable agricultural landscape patterns and ecosystem services.

Thanks to Lenore Fahrig and her team at Carleton, as well as funding from NSERC, for the opportunity to participate yesterday in a meeting of minds about sustainable agricultural landscapes and ecosystem services. Significant snowfall created a cloistered feel and a productive mindset. While numbers were dominated by ecologists, agricultural and spatial scientists from universities, government and NGOs, it was a welcoming and collaborative environment, and ideas about the integration of social science research and stakeholder engagement were greeted enthusiastically.