MES Scholarship opportunity: How can we learn to love the renewable energy landscapes of the Anthropocene?

Wind turbines near Amherst, Nova Scotia, with a train passing.

I have a new Legacy scholarship opportunity open for very high-GPA domestic students aiming for MES entry in September 2017.  Please get in touch if you think you might be a good fit, or to discuss other opportunities that close this fall such as Nova Scotia Graduate Scholarships (also open to international students) and SSHRC (domestic only).

Landscape impacts are oft-cited barriers to changes that are otherwise agreed to be necessary, such as those implied by a transition to renewable energy sources. Many examples exist, however, of deep attachment to man-made and otherwise purely functional landscape features such as lighthouses, factories, hydroelectric dam headponds, that in some cases extend far beyond their utility. The landscape of the Tantramar Marshes, the low-lying area that links New Brunswick and Nova Scotia, presents a unique opportunity to explore how people attach meaning and form attachments to large, utilitarian infrastructure. A natural experiment is occurring in the region, by the overlap of the 2014 dismantling of the Radio Canada International (RCI) shortwave transmission towers (constructed in 1944) and the construction of 15 2.1 MW wind turbines in Amherst in 2012 by the Sprott Power Corp. Prospective students might use interviews, archival data, social media and/or spatial analysis to:

When to call a social scientist (or how to fool one)

It is heartening to see increasing support for interdisciplinary applied research from funding bodies. Some countries (like Canada) still largely divide funding programs by discipline, requiring researchers to carve out feasible standalone disciplinary research subprojects within more interdisciplinary projects and subject them individually to the rigours of granting bodies. By contrast, places such as the European Union welcome large, integrative and synthetic research projects. It seems clear, however, that such opportunities do not necessarily increase the likelihood of interdisciplinary team research. In fact, sometimes it seems to encourage members of more disciplinary teams to extend into unfamiliar domains to meet granting requirements. It is human nature to want to work with people similar to us, who we understand and share language, methods and a sense of what consititutes good evidence. Specifically, based on what I have recently been asked to review from numerous journals over the past year, it is common for teams of biophysical scientists to engage in social science research, in a way that would be unheard of in reverse. In many cases the first authors are students, themselves ‘converted’ from biophysical research to take on the social angle, poorly mentored by a team of biophysical scientists.

I am very sympathetic of the drive to reach outside familiar domains in research. My own career is not linear, and my set of interests and methods broad. I have many times felt the terror of the dilettante at the conferences of various disciplines into which I ‘dipped’ (before I learned to stop going to disciplinary conferences). My first degree was Geography, so I am a natural ‘borrower’. I find my natural home at applied conferences and in problem-based journals, where researchers and readers alike are more concerned with answering an important question, than within which paradigm the answer was found. Unlike many, I am enthusiastic about the creative mixing of methods and theory as appropriate to solve problems, but believe that there is a blindness and an impotence to social science that is done in the image of biophysical science, and without building on (or even awareness of) an extant rich body of understanding about how people think, feel and behave.

Purity, a great (and relevant) webcomic by xkcd.

There are five common flaws that I see in social science papers led by biophysical teams, though of course they also are committed more broadly. Together, they are indicators of a positivistic mindset that has been set to a post-positivistic task – quantitative social science – without adequate recognition of the ways that people differ from biota, and that many scholars are already working in that space and have made substantial headway.

Of course social scientists do this stuff sometimes, too. But we should know better. 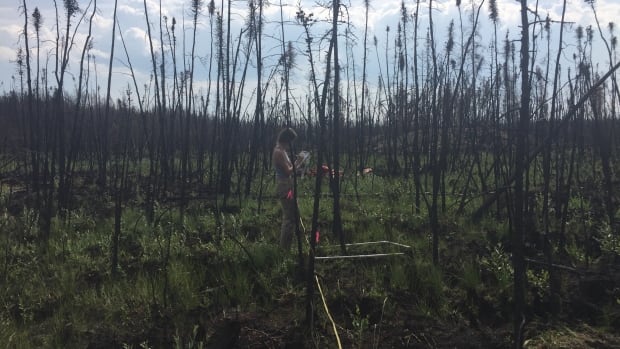 Ellen Whitman identifying post-fire understory vegetation in Northern Alberta for her PhD at the University of Alberta.

Exciting to hear Ellen Whitman, MES 2013, on CBC Radio 1’s Quirks &Quarks this past weekend, talking with Bob McDonald about her summer field season on post-fire impacts in the north. She did a great job, and touched briefly on her work with Eric Rapaport and I on her Masters working on fire at the peri-urban fringe of Halifax. She is now working on her PhD in Mike Flannigan’s lab at the University of Alberta, looking at fire regimes and adaptation under short-interval fires, combining field observation and remote sensing. Exciting to hear about her progress, and rather awe-inspiring to hear her expertise, so eloquently and smoothly delivered during the 15-minute segment. 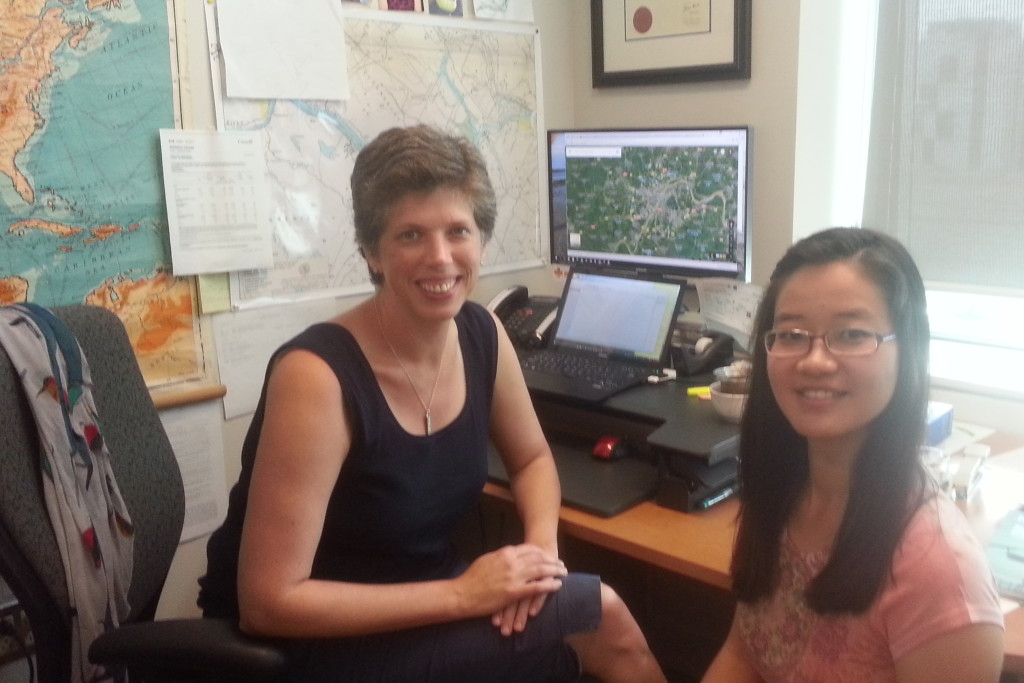 With Jingwen (June) Qin on her last day as a Mitacs Globalink intern.

Farewell to Jingwen (June) Qin, who headed back to China early this morning to begin her final undergraduate year of urban planning at Wuhan University. She has been working with me on a research project this summer, funded by the Mitacs Globalink, using Sina Weibo social media to understand Chinese student perspectives on Halifax. It was great to have her overlap with Ruoqian (Joy) Wang, last year’s Globalink intern, who has just arrived to begin her MES at SRES with Karen Harper and I. I hope June takes a similar path back to us next year. Thank you, and bon voyage, June.