The Woman Who Borrowed Memories 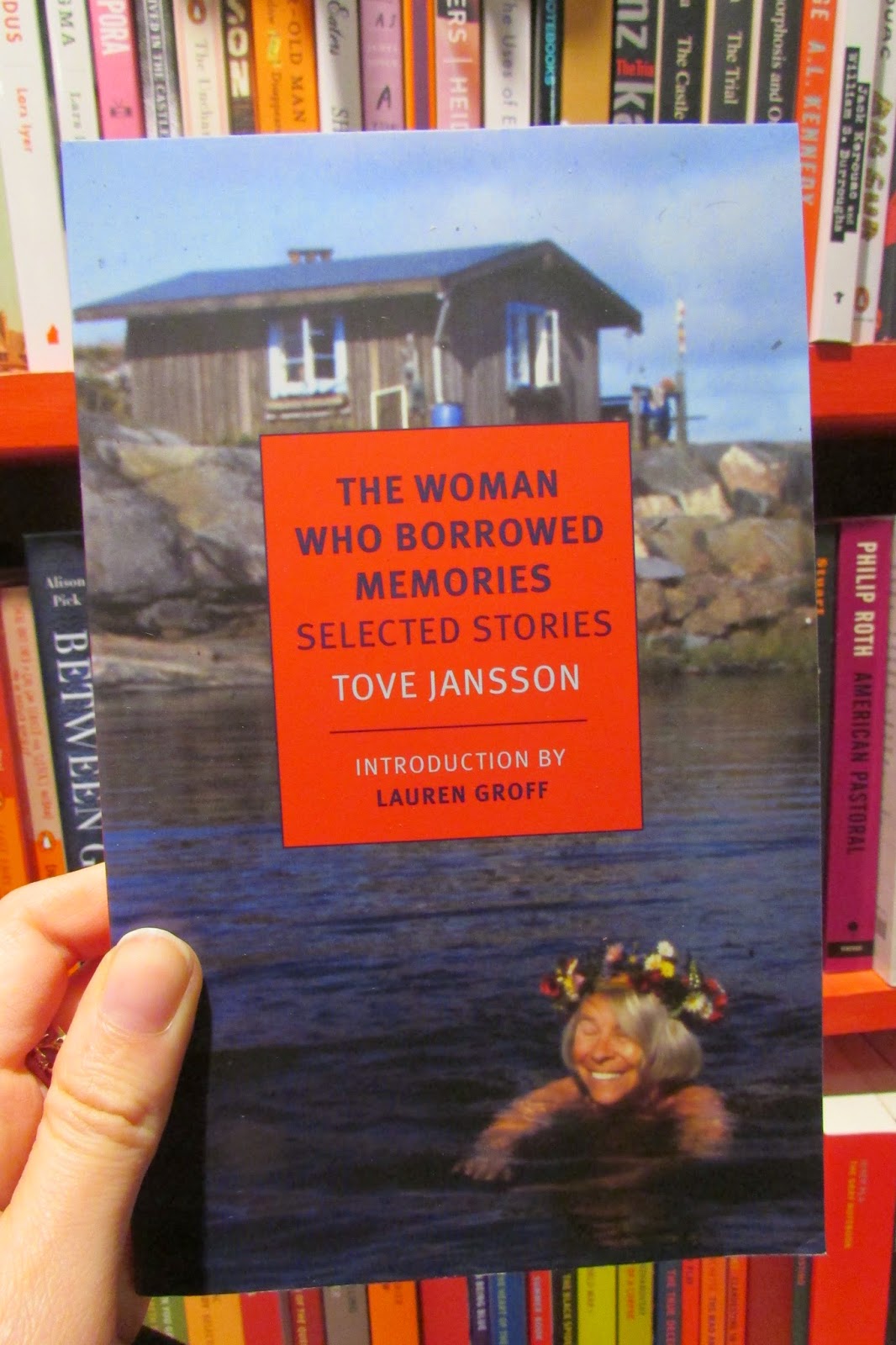 I have a thing about islands. It goes back to my training in cartography; islands are wonderfully discrete units to map. As social-ecological systems they provide a clear place to draw boundaries, and feel knowable as a tourist, even though for large ones like Australia this is an entirely illusory sentiment. So I really enjoyed it when Lauren Groff’s Introduction of a book of Tove Jansson’s short fiction, The Woman Who Borrowed Memories, began with, “Tove Jansson is a writer of islands”.  The phrase has many meanings here, as Jansson – best known as the author of the Moomintroll series for children – spent most of her life in the Pellinge archipelago of Finland. Such an island features heavily in her novella for adults The Summer Book (also excellent). In that book Jansson wrote, “An island can be dreadful for someone from outside. Everything is complete…” Groff pushes the analogy further, linking short fiction to the discreteness and completeness of islands. In Jansson’s words (quoted in Boel Westin, Tove Jansson: Life, Art, Words. (2014)):

I love the short story, concentrated and united around a single idea. There must be nothing unnecessary in it, one must be able to hold the tale enclosed in one’s hand.

I read predominantly short fiction to fulfill my craving for narrative. In a busy academic life, I know that a full-length novel will cause me to neglect my responsibilities, or stay up too late to meet obligations in other parts of my life. Those are the practical reasons why I read short fiction. The full reason includes my joy at the concision and self-contained nature of good short fiction, for instance Lorrie Moore’s Birds of America or George Saunders Tenth of December (if I’m feeling resilient). Groff’s insights on Jansson show me that my love of islands may also be connected.

What in the world?

If given a choice when visiting DC, opt for Reagan rather than Dulles. That’s all I’m going to say.

Enroute back from Charleston I stopped over in Washington for a night. This was a great opportunity to visit iconic sites like the Lincoln and Washington Memorials and the White House, but also to catch up with Lindsay Chura, ‎Senior Policy Advisor, Science and Innovation at the British Embassy in Washington. Lindsay organized the Falklands trip in January. We had an interesting walking meeting, enduring hot and hazy pre-storm weather while catching up on collaborations since the Symposium and talking about the next steps for advancing science and diplomacy in the region.

Lindsay and Kate at the White House

I have not been sure how to write about yesterday, starting as it did with helicopters and searchlights in my hotel room as police sought the perpetrator of the unconscionable shootings at the Emanuel ABE church in Charleston, a block away from my hotel. Locals were amazingly stoic in the  morning, despite the awful news and the active manhunt. Those of us visiting were a bit wobbly, I think; certainly I noticed the handguns on civilian hips in a whole new way. My condolences to the people affected, directly and indirectly, by this tragedy.

The conference went on, starting with Christy Hempel’s talk about her image-based Q-method study on wind energy landscapes, based on hand-painted watercolours. I jumped then over to the last two talks in an organized session on changes in hunter and angler participation and its implications for management, both great: Lincoln Larson seeking the Locavore, and Mike Quartuch the non-traditional-path hunter. The subsequent panel on Changing Governance was bookended by great performances: Avi Tuschman on the evolutionary nature of political ideologies, and Margaret Davidson, NOAA Senior Advisor for Coastal Inundation and Resilience Science and Services. Never underestimate the power of an unexpected F-bomb to perk up a lengthy plenary session. Davidson brought great experience, candour and clear thinking to work knitting together the previous talks, and did not mince words in what she called her “Adopt a Troglodyte” speech. To paraphrase:

We must not isolate ourselves… Find someone who appalls you, and figure out where they are. A little co-listening would be good, as well as co-management.

The afternoon sessions provided another wonderful seam of presentations on voluntary conservation programs and payments for ecosystem services in agricultural settings. Michael Sorice led, asking a question I’ve been wanting answered: what happens when the money runs out?  Vanessa Perry looked at dimensions farmers described of being ‘stuck’, limiting their conservation behaviour; Emily Zimmerman discussed the spatial optimization of conservation activities; and Kourtney Collum about closed borders to pollinator importation leading to higher adaptability in low-bush blueberry in PEI, compared with Maine. A great end to a great conference. The team headed out to Folly Beach for some downtime on the beach, recharging for a work day on Friday.