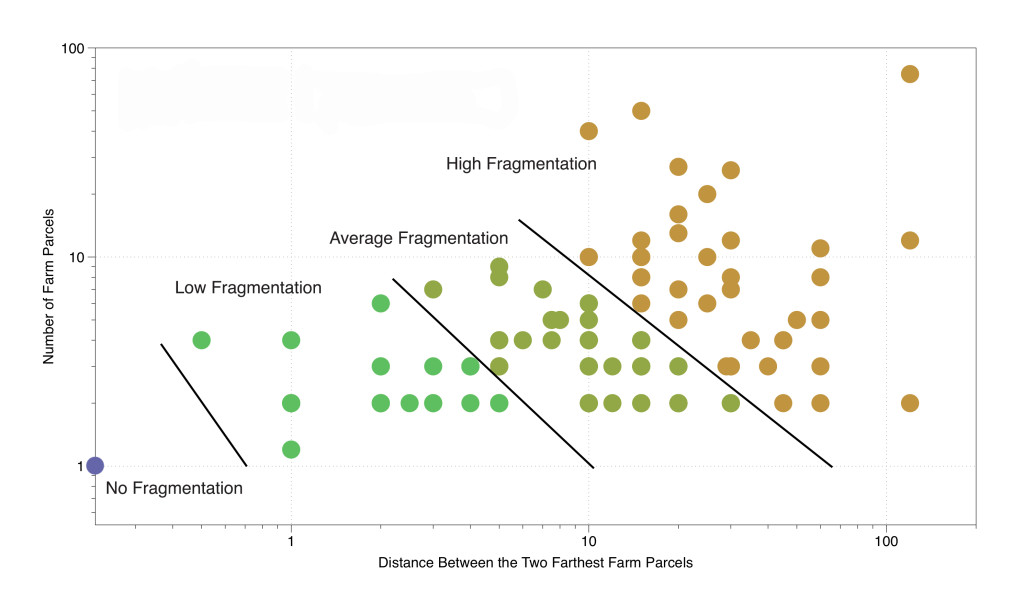 Our typology of Nova Scotia farm fragmentation based on the number of non-contiguous parcels and the time to drive across the two furthest apart parcels.

When I moved back to Canada from Australia, and started interviewing farmers in Nova Scotia, I was surprised at how small and fragmented their holdings were. I found myself wondering how this spatial pattern influenced their management. Does it mean that it is harder to think of a farm as an ecosystem, and manage accordingly? Or is it a boon for biodiversity, as remoter parcels are left to nature? I threw a few questions about farm fragmentation on our Marginal Land survey last year, and those preliminary results are now in, recently presented on a poster at ISSRM, Farm as ecosystem: What is the impact of fragmented property ownership on farm management? It show us that fragmentation in Nova Scotia is intentional, the result of purposeful land acquisition by serious farmers. While it cannot be ascribed to fragmentation alone based on the data we collected, these high fragmentation farmers were less likely to have ponds and wetlands on their properties (as a function of farm area), though they had just as many woodlands, which are seen to have high ecosystem service value (timber, etc). Moreover, high fragmentation farmers were less likely to undertake biodiversity-friendly farming techniques. I think this is enough to suggest more research is warranted. Next time I want to look for diversity within farms. Does the farmer treat far-flung parcels differently than those closer to the heart of his operations?

First Nation weighs in on Mactaquac