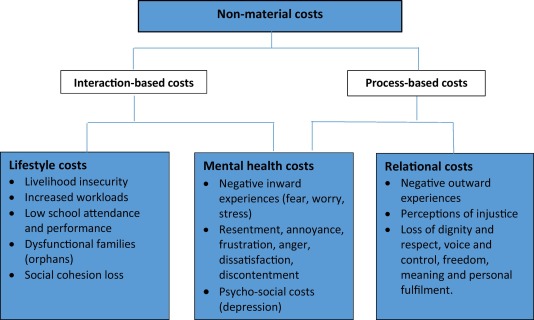 Figure 2 on categories of non-material costs, from the new Thondhlana-led paper in Biological Conservation

Thanks to Gladman Thondhlana for leadership on a new perspective paper in Biological Conservation, Non-material costs of wildlife conservation to local people and their implications for conservation interventions. My placement on this author list emerged from a chat I had with Gladman while walking between hotel and venue during ISSRM in Oshkosh, WI, last year. Americans always rent cars and drive around at conferences but the rest of us have a great time strolling and talking shop. This paper synthesizes literature from a number of countries and contexts to show that more attention is needed to measuring the non-material costs of conservation and designing socially just conservation interventions.

Quick Takes coverage of Space to Roost in the Nov/Dec 2018 issue of Bird Water’s Digest.

Congratulations to MES candidate Jaya Fahey, and collaborators from her MES sponsors and Mitacs host, Bird Studies Canada, for the coverage of Space to Roost in the recent issue of Bird Watcher’s Digest. Our innovative approach to negotiating and motivating high-tide beach sharing for migrating shorebirds has received interest from places like Newfoundland and Georgia and we hope to see more examples of this kind of collaborative conservation in future as a result.

Meanwhile, the signs have gone up at Avonport Beach for year three of Space to Roost.

Colleagues at Bird Studies Canada and Nature Conservancy Canada joined with other conservation groups today at Evangeline Beach at Grand Pre, Nova Scotia, to celebrate 30 years that the Minas Basin has been recognized by the Western Hemisphere Shorebird Reserve Network (WHSRN) as a globally significant bird habitat. MES student and BSC intern Jaya Fahey was interviewed for local media. The timing is significant: it is the leading edge of the time that the area hosts millions of shorebirds migrating south from the Arctic. These birds need to eat and gain weight and above all rest, because the next step is a big one: three days swim over the ocean non-stop to South America … and they can’t swim! The signs have already gone up at Avonport (left) to recruit beach users to help us set aside high-tide resting beaches while the birds are here. This is year three of Space to Roost, the second using resting beaches. We have some indication already that these resting beaches reduce human disturbance; this year should help us fully understand their effectiveness.

Sitting in Steve-o-Reno’s before last week’s holiday, over a coffee, I overheard an elderly woman describing her quest to eliminate coyotes on her farm. She worried for her grand-daughter after seeing six after the family dog. Her son told her she could only shoot one. First she soaked sponges in something delicious, hoping eating the sponges would make them sick. Coyotes stuck around. Then she smashed wine bottles to powder and made meatballs with the shards. That worked. Horrifying to hear, but an important reminder of challenges to biodiversity on farms. Threatening species often inspire responses that are disproportionate to the financial risks they represent; damaging species are the opposite.

I can sometimes be naive in how I engage with conservation stakeholder groups like farmers and anglers. I say to my collaborators, “I think most people want to know how to be ‘good'”. I encourage biologists to bring stakeholders into conservation discussions as experts and stewards. To assume the best rather than the worst. But it doesn’t always work. A survey we had in the field with anglers about shorebird conservation recently was trolled on Facebook by the head of an NB fishing group. He was discouraging anglers from participating in this research, because despite our collaborative intentions, the resulting paper may be used by others to refuse them access to beaches. It is disappointing to see that science is perceived as a threat.

It is perhaps characteristic of such groups to default to the most conservative mindset among their membership, leading from behind rather than out front. I found this interesting in the context of producer organizations. In research last year we found that Alberta groups with farmers as members (as opposed to their umbrella national organizations, often with organizations as members) tended to talk about weather instead of acknowledging climate change. It is not always this way, though. The Nova Scotia Federation of Agriculture, a frequent collaborator has been a strong advocate of “mainstreaming” biodiversity-friendly farming, as evident through their partnership on  Wood Turtle Strides.

Enjoyed meeting with Space to Roost project partners yesterday at Acadia, including the Blomidon Naturalists Society, Nature Conservancy Canada, Canadian Wildlife Service, NS Department of Natural Resources and Bird Studies Canada. We met in a boardroom with gigantic chairs that made me feel kid-sized. It was a collaborative group, and we reviewed the results from last year’s baseline surveys of beach use and shorebird disturbance in the Minas Basin. I presented on the short interviews with beach users that our field assistant Jaya undertook while doing monitoring. We then developed priorities for this coming season, and brainstormed ideas for implementation. Thanks to BSC’s Sue Abbott for organizing and keeping us on track.

My presentation cover slide from the January 26, 2017, meeting of Space to Roost partners.