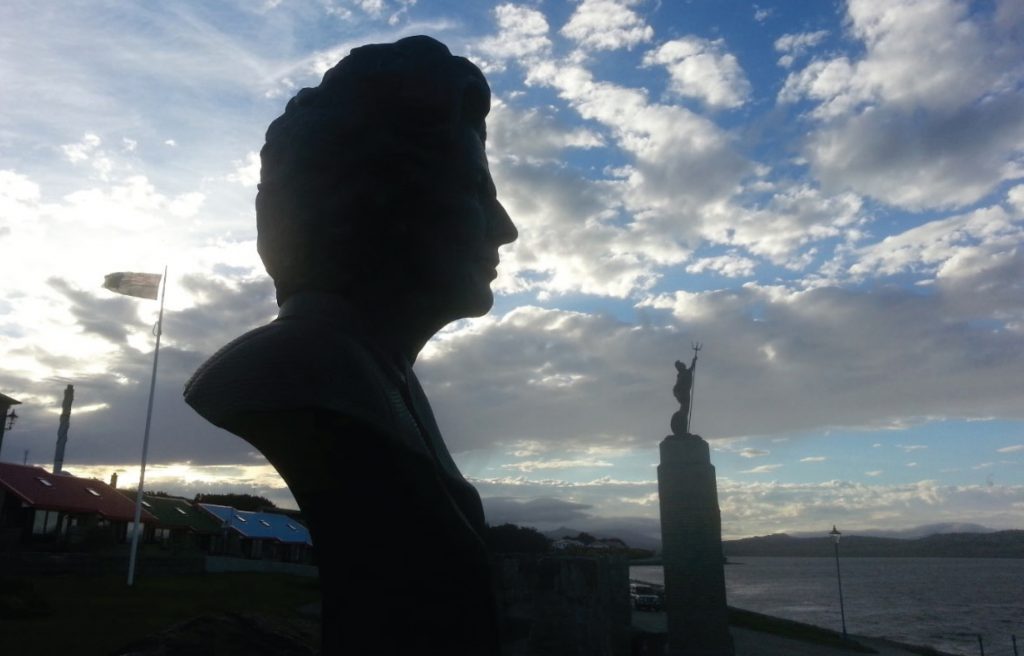 Today is the 36th anniversary of the start of the Falklands War, which I think of as “my first war” because it was the first to penetrate my childhood consciousness, otherwise occupied with all things me. It feels therefore fitting that today my short article reflecting on my month in the Falklands, called The New Battle for the Falklands, appeared online at Canadian Notes and Queries. It also appeared in the Winter issue 101 of the print version (p. 15-18). Emotions lingered from my time in the Falklands that were making it difficult to write up the work for a scholarly audience, so I challenged myself to write about it in a venue and with language more accessible to the public. Now CNQ is a literary journal– hardly plebian–but it is also quite funny and well-designed thanks to graphics by Seth. It also has a strong cultural storytelling angle and an ‘abroad’ column available to those who want to write about travel so it was a good fit.