My  research on coastal adaptation began with my SSHRC Insight Development Grant (2012-2015) on farm wetlands. I used those funds to explore public perceptions of Acadian dykelands in the face of climate change using a large-scale online Q-methodology survey, the pilot for which was partially supported by the Nova Scotia Department of Agriculture (NSDA) in 2014. Continuing work on dykeland futures overlaps significantly with work on nature-based coastal adaptation more generally, including the NSERC project ResNet, but is discussed more fully on this page. A definition of nature-based coastal adaptation that I have developed is:

Any coastal adaptation approach that enables the realities of coastal processes to align with human expectations and needs, working from ecological principles  (e.g., natural space, ecological process and species planting) and within socio-political realities (e.g., acceptability, policy, rules and regulations etc.). Usually nature-based adaptation seeks to moderate coastal climate change impacts through restoration work to enhance and maintain natural coastal processes, minimizing engineered construction as a supporting component, but it also includes shifts in land uses and in our conceptions: a recalibration of what makes for a good coastal life and of our capacity for control in coastal ecosystems.

Nature-based coastal adaptation work has continued with new collaborations with Dr Danika van Proosdij, Saint Mary’s University, and her TransCoastal Adaptations network. Echoing landmark recent Dutch climate adaptation programs such as Making Space for Water and Room for the River, Making Room for Wetlands is funded by the Department of Fisheries and Oceans Coastal Restoration Fund (2017-2022) to restore salt marsh ecosystems in the Bay of Fundy. Making Room for Movement is layering environmental social science and planning research onto that restoration work, as well as looking beyond to look at a wider set of nature-based coastal adaptation options, including managed dyke realignment, coastal retreat and natural shorelines. As part of the second project I used climax thinking as a template for testing framing devices with coastal residents using focus groups in summer 2019 (Sutton 2020). A contract with the OECD led to us producing the Canadian chapter for a 2019  OECD report, Responding to Rising Seas, based on a dyke realignment project underway in Truro, NS (Sherren et al. 2019; Rahman et al. 2019); a workshop on the lessons was well-attended.

H. M. Tuihedur Rahman, PhD, joined our collaborative SMU/Dalhousie team in July 2018 as a postdoctoral fellow, straight from his PhD work at McGill with Dr. Gordon Hickey. He is jointly funded by NRCan and DFO through grants led by Danika van Proosdij.

Krysta Sutton joined the team in 2018 to undertake an MES on Making Room for Movement. She has co-developed the materials for 16 focus groups with coastal residents of Nova Scotia, undertaken by conference call in June and July 2019, and will use the text-based data as the basis of her MES. She is funded by NRCan (as an RA) and an Ocean Frontiers Institute seed grant.

MJ Valiquette, MREM 2019, worked on a short contract in Sept/Oct 2019 to carry out a media analysis of flood mapping rollouts in Canada, and help develop recommendations for municipalities undertaking such mapping.

Farzana Karim, MES 2019, worked on coastal risk planning related to second home and short-term vacation rentals. She surveyed Canadian municipal planners about this issue, and carried out a Nova Scotia risk assessment case study using GIS. She was funded by a Nova Scotia Graduate Scholarship. She was co-supervised by Dr. Eric Rapaport, in Dalhousie’s School of Planning.

Logan Loik, MREM 2015, undertook the Q-method pilot research in the Annapolis Valley/Cornwallis River, co-funded by SSHRC and the Nova Scotia Department of Agriculture to explore opportunities for managed realignment. He went from Dalhousie to being an energy efficiency Field Ambassador for the Summerhill Group. 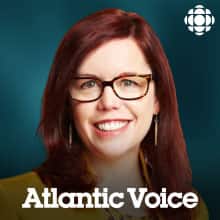 In the Reeds Podcast on dykelands 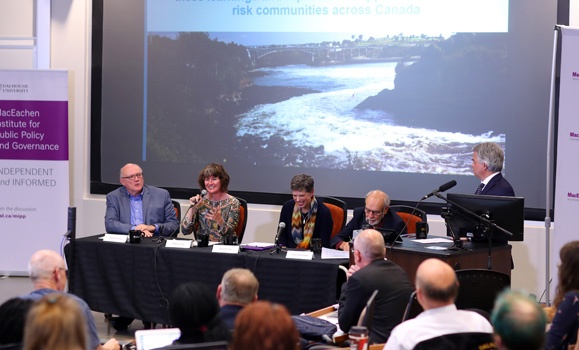