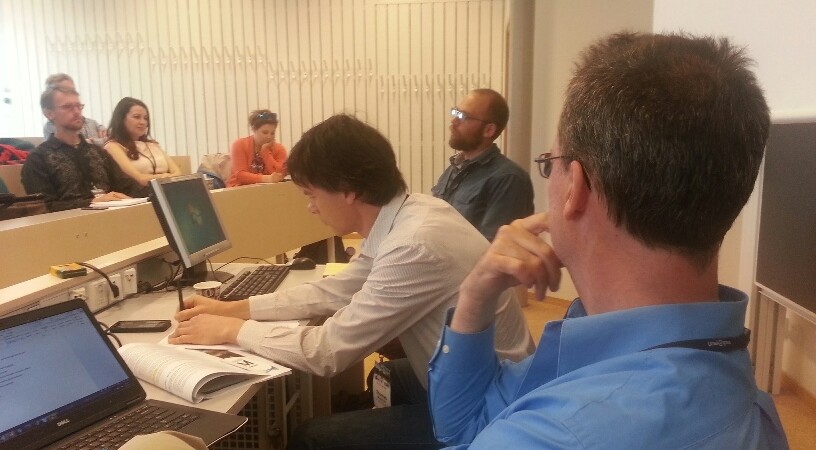 Hard to photograph a panel while you’re on it: the ears of Stedman, Measham and Jacquet.

1:30 am again so might as well reflect on another solid day at ISSRM.  A late start for me today thanks to that insomnia. First I had a fun mentoring session over lunch with two up-and-coming  female scholars, one finishing her PhD and one pre-tenure. I love participating in the mentoring program each year at ISSRM and appreciate folks like Paige Fischer organizing it.

Next I headed to an energy transitions panel (above) which was a bit of a follow-on from one I organized last year. This time Tom Measham (CSIRO) organized and chaired, and I served on the panel with Rich Stedman, Jeffrey Jacquet and keynote Neil Adger . It was a great turnout, and resulted in a really rich discussion about myths, subjectivity, governance and equity in the context of energy transitions. Lots of food for thought. We five started consuming that intellectual nourishment in barley form later at the ‘Pipes of Scotland’ bar which four of us closed down at midnight. 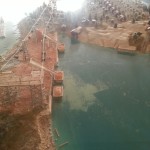 A subsection of the Norrbyskar scale model showing cable cars of sawdust heading for value adding.

Immediately after the panel it was off to the field trips, mine to Norrbyskär, a fascinating island community that was designed around lumber production in the late 1800s and early 1900s. Ruled on principles of temperance, paternalism, and clear social hierarchies, the island was entirely engineered: saw and planing mill joined by raised railways, and lumber drying structures everywhere not taken over by regimented housing and other buildings. Today the houses are occupied by seasonal residents, but the island hosts a great museum and cafe with a delightful scale model (left), and a miniature set of buildings for kids to play in. They had skilled and knowledgeable tour guides, and offered a diverse dinner of traditional swedish fare.

A wonderfully quirky addition was an end-of-year art exhibit by Umea Academy of Fine Arts students in an adjoining room. It was not obvious that the art show was open because of a downed banner at the entry. Turned out that was one of the art pieces: Josefine Ostlund’s We’re Building Natural Habitat (material description: “Banner from construction site”). Students visited in May and describe that they felt ‘watched’ by the empty houses, so reflect on the place in terms of “power, architecture and dreams”. It was wonderfully uncommercial work. Neil Adger’s favourite was Suffering is optional, by Linnea Johnels, material description “Beds, gun holes”, which she describes as “working with the frustration and worry that forces itself on you at night”. I can relate. Godnatt. 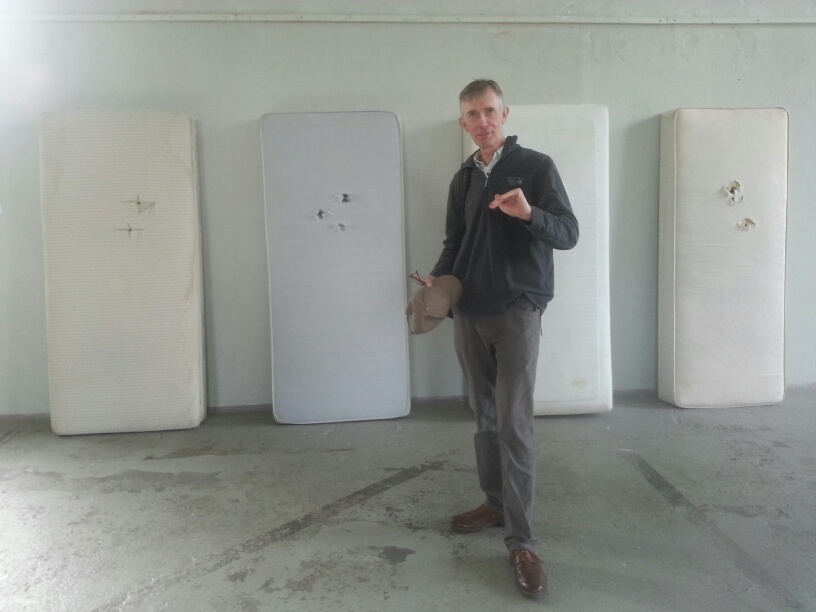